During National Biosafety Month in October, EH&S is encouraging labs working with biohazards to identify hazards that could be substituted with a safer alternative to reduce the potential for harm while performing the same function.

Examples of safer alternatives include: 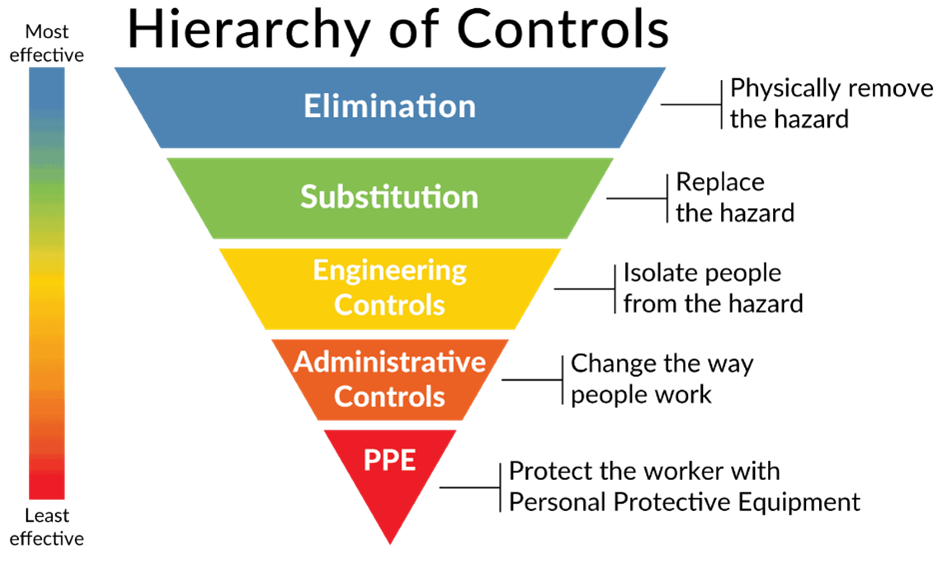 When evaluating potential substitutes, remember that an effective substitute is one that can reduce the potential for harmful effects and does not introduce new risks.

Substitution is one method of mitigating hazards that comprises the Hierarchy of Controls, an approach for evaluating how to reduce or limit the risks of an adverse outcome when working with a hazard, featured in the Laboratory Risk Assessment Tool (Lab R.A.T). Substituting hazards will not eliminate the need for other controls, such as administrative controls and proper use of PPE. Employing all the different risk mitigation strategies in the Hierarchy of Controls will create a safer work environment.

If your lab has identified creative ways to substitute hazardous agents, instruments, or activities with safer alternatives, we would love to hear your story and share it with other labs!

The University will hold a COVID-19, flu and mpox vaccine pop-up clinic for UW students and...

If you see wildlife that is visibly injured, sick or deceased at a UW location, report...

The University will hold a COVID-19, flu and mpox vaccine pop-up clinic for UW students and...

A strain of avian influenza virus (H5N1) has been detected in wild birds and domestic poultry in...

Stay safe during the holiday season

Take precautions to keep yourself and others safe this holiday season.